Done completely in graphite, the cities that John Lewis marched in during the sixties are listed faintly along the back. His portrait done as the mug shot from Memphis shows him almost smirking at the idiocy of racism. His famous quote floats on top.
Формат: 25,4×25,4
Graphite.

John Lewis laid his life on the line to promote the democratic process for all. He is a modern day saint.

Tatiana Gebert. Tualatin, USA
@designbytatiana
I am originally from New York City, but now live in the Pacific Northwest. I have loved drawing since childhood, and my mother was a Shakespearean actor, so words were so important. My father also speaks over ten languages. I love words. I use many different mediums, such as watercolor, oils, inks, and alternative photo practices. I believe that working in a single medium is restrictive to my artistic process. Each idea manifests in its own individual style. I try to merge the various skills I have into one new form. 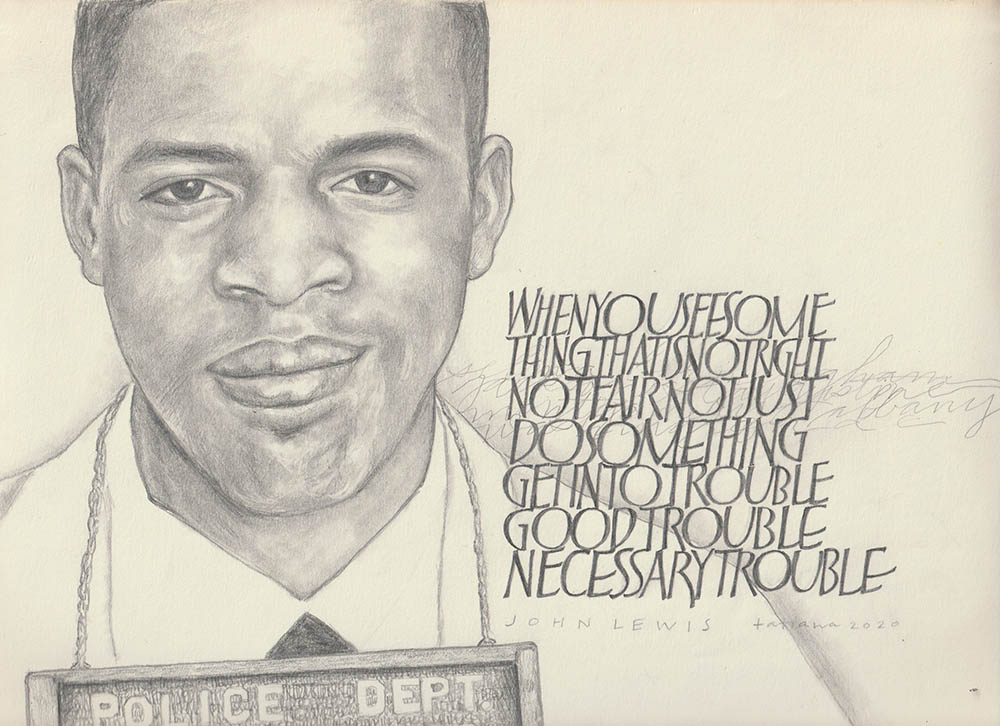